Sheridan plays Karen Matthew’s best friend Julie who set up a community run group who searched for Shannon in the 24 days she was missing. Sian plays Karen’s cynical friend and neighbour, who became increasingly concerned about the Matthew’s case.

The new drama, which concludes net Tuesday at 9pm on BBC1, has been congratulated by fans of Sheridan and dramas alike. The show was described as having a rawness and shockingly real portrayal of all people involved in the case. It brought back the horror West Yorkshire felt when its Dewsbury town discovered the case of Shannon and how she was mistreated.

#TheMoorside was trending last night with loads of people congratulating the actresses Sheridan and Gemma. 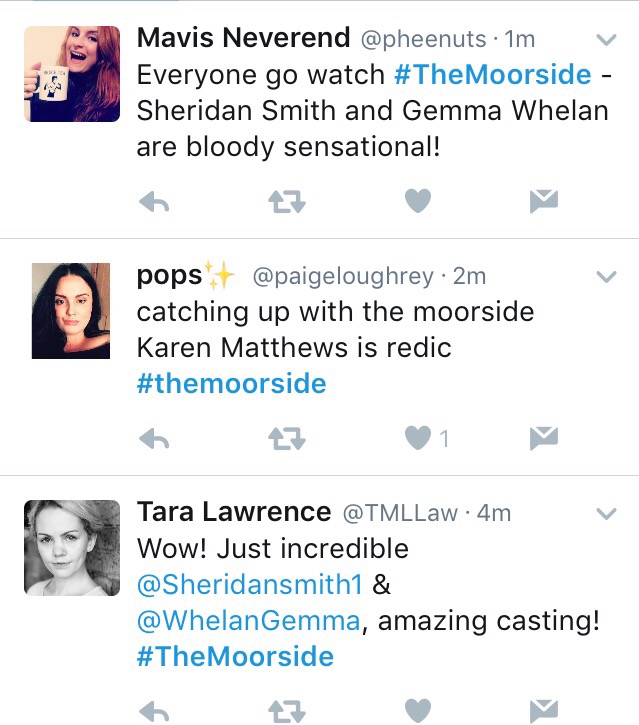 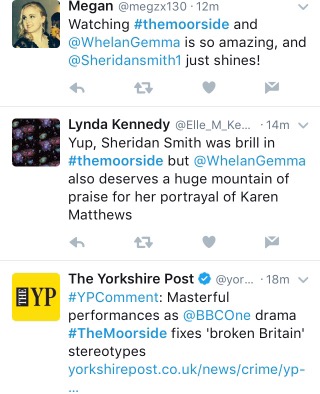 The Yorkshire Evening Post, who followed the case from the beginning, said that the drama showed the togetherness and community’s importance in this crime case. Claiming that this showed ‘broken Britain’ was not the case anymore. 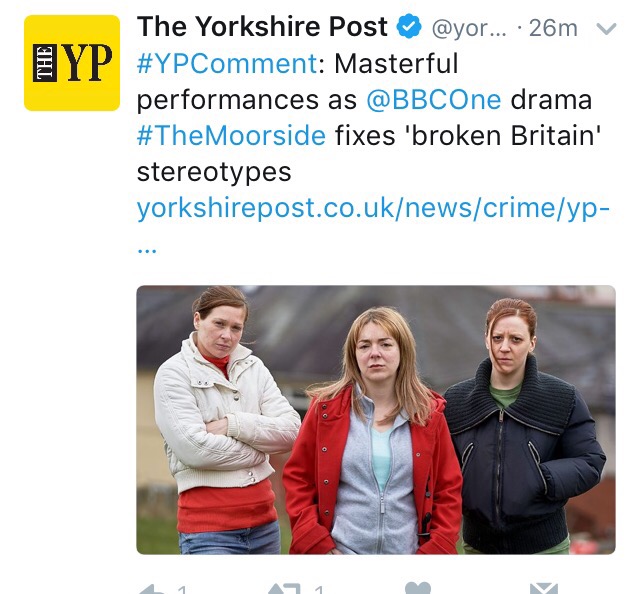 Did you watch the show? Are you looking forward to next weeks show?

Catch up on the BBC IPlayer.