This year has been a terrible year for celebrity deaths. Carrie Fisher, a much loved Star Wars actress, being the latest. And with some papers soaking it up and writing about George Michael’s so called “Last Christmas”, *cough cough, The Sun, cough cough* (when he did infact not see Christmas as he died in the early afternoon)… We are reminded that life is fragile and we never know when our last day may come.

2016 has seen over 90 celebrities and famous people die, some of them surprisingly young, and some that have lived to a ripe old age and overcome several of life’s battles along the way.

The tweets are flowing as a sign of respect to those who have left us behind this year. 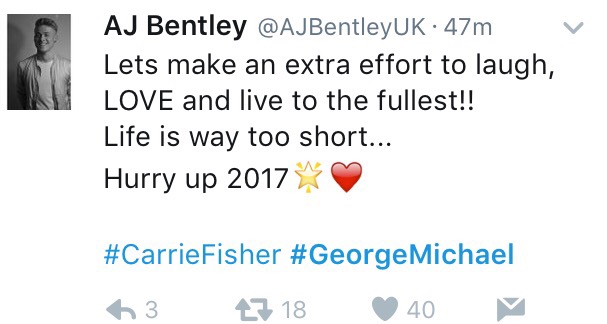 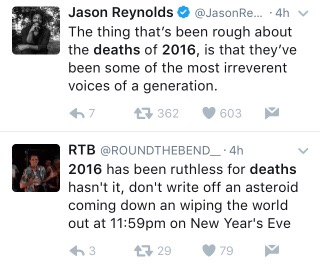 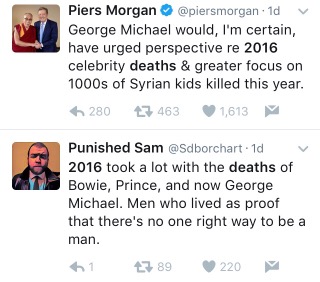 Meanwhile, the death of these people, which in a worldwide scale is actually very few, we are also reminded that more people than that die every second of every day. How do you feel about the sheer number of celebrity deaths this year? Has it made you think more because they were in the public eye? Does it shock you more than the average person dying? Would they want to be broadcast as an individual against the huge number that dies daily, or those killed in battle or war zones in the masses? It makes to think, doesn’t it?

Here’s a list of some of the famous people who have died in 2016: