This week marked National Pie Week, so I thought I should try and make up a tasty recipe myself.

After reading a few recipes from various supermarkets and recipe books I had some inspiration. In my mind, a good pie should be hearty, filling and well-filled. So I set about my chicken, leek and mushroom pie.

First of all, I cut four chicken breasts into about 2cm chunks. You will also need two or three medium sized leeks, cut in half and around 1cm slices. Finally, I sliced 250 grams of chestnut mushrooms.

After that you just need 3 tablespoons of flour, 500ml of milk, salt and pepper to season and tarragon. And some ready made puff pastry…. Or make your own.

To start simply fry the leeks in some vegetable oil at around Gas Mark 4, until softened. Add the chicken pieces and cool until they are starting to go brown and are white all the way through.

Then add the mushrooms and lower the heat to simmer. Season with about a teaspoon of tarragon, a pinch of pepper and salt. Once the mushrooms have softened add two tablespoons of the flour to the pie filling. Stir well and add the milk, allow the ingredients to simmer for around 15 minutes, stirring occasionally.

Once cooked, pour the chicken mix into two 20cm ovenproof dishes. Meanwhile, roll out the pastry mix on a well floured surface and cut to size. Layer over the dishes and cook at 200oc for 30-40 minutes.

When baked serve with your favourite vegetables, and in my case, lashings of gravy.

This is my brothers portion- so hence the mass of food alongside it. Happy pie making!

Let me know what you think of this dish and others by contacting me at beckymennell@hotmail.co.uk. 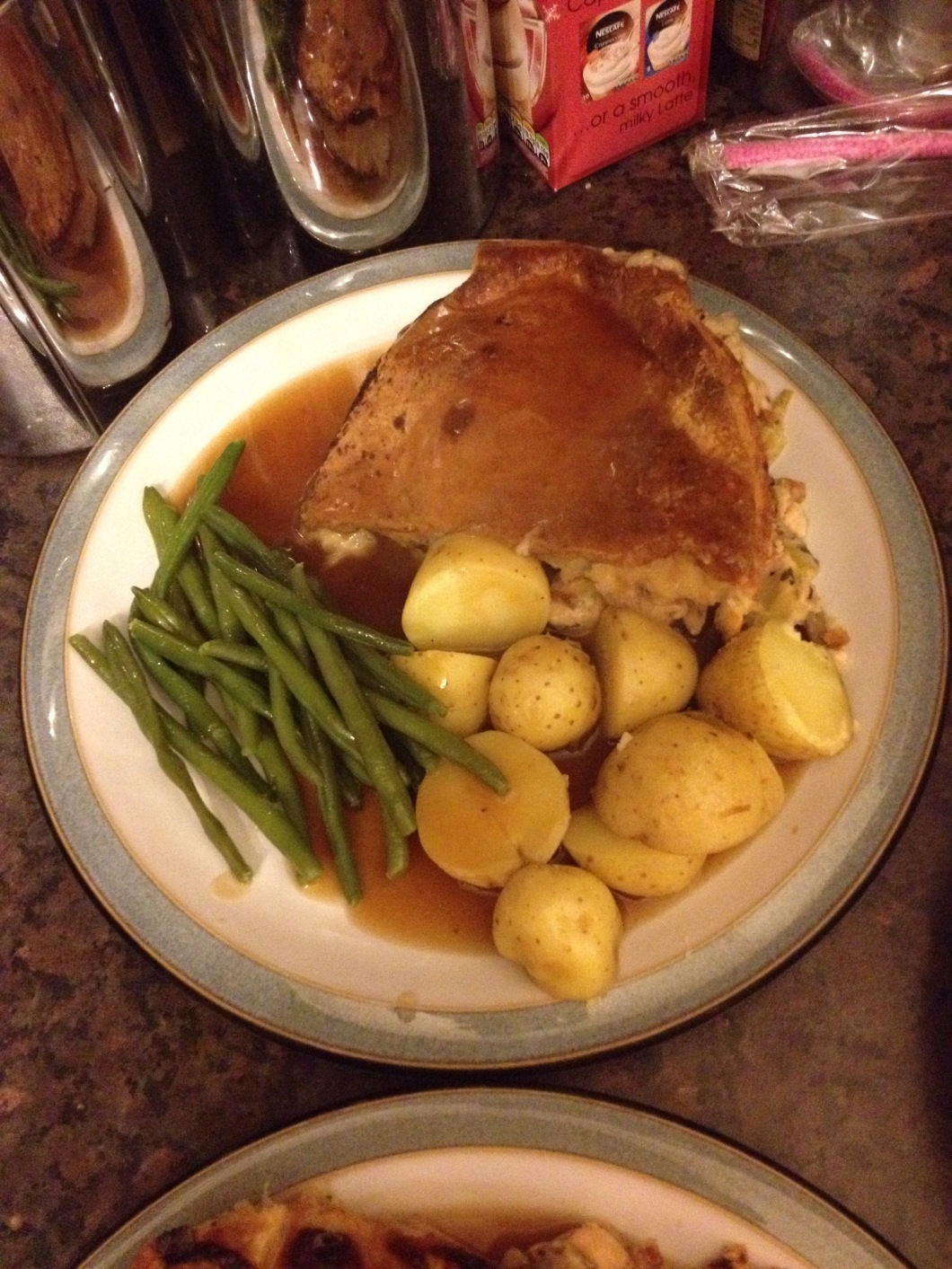